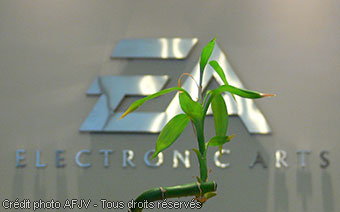 "We are pleased to report a strong holiday quarter driven by Battlefield 3, FIFA12 and a strong showing by our digital games and services," said Chief Executive Officer John Riccitiello. "Star Wars: The Old Republic is developing a committed community of players with more than 1.7 million active subscribers and growing."

The following forward-looking statements, as well as those made above, reflect expectations as of February 1, 2012. Electronic Arts assumes no obligation to update these statements. Results may be materially different and are affected by many factors, including: product development delays; competition in the industry; the health of the economy in the U.S. and abroad and the related impact on discretionary consumer spending; changes in anticipated costs; the financial impact of acquisitions by EA; the popular appeal of EA's products; EA's effective tax rate; and other factors detailed in this release and in EA's annual and quarterly SEC filings.