Cloud Gaming Revenues : The Market's on Track to Generate $3.2 Billion in 2023

Since we launched our first Global Cloud Gaming Report back in August, activity across the ecosystem has dramatically increased. To name just a few developments since then : the long-awaited Google Stadia launched, Nvidia's GeForce Now service left beta, and Microsoft's xCloud and Tencent's two cloud gaming services (Start and WeGame) entered their respective betas

We estimate that cloud gaming generated $158 million in 2019. Owing to the new developments we mentioned above, those revenues are on track to skyrocket in the coming years, as the market matures.

The recent update to our Global Cloud Gaming Report, which we launched to clients just this week, delves into these developments in detail-including :

In this article, we will present some high-level insights and data from the report and update, including an overview of the cloud gaming ecosystem and our revenue scenarios (base, optimistic, and pessimistic) for the market.

Cloud Gaming Is on Track to Be as Transformative as Mobile Gaming, but There Are Caveats

Cloud gaming will eventually disrupt the entire games business-and in ways not seen since the advent of the smartphone. Nevertheless, the cloud gaming market is relatively young, so our revenue estimates include three scenarios. 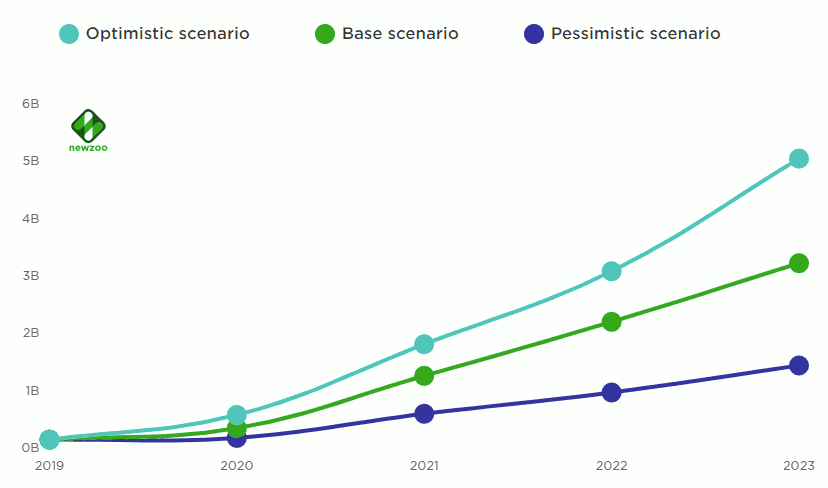 Two primary assumptions drive our optimistic scenario : the underlying technology for cloud gaming has been proven to be viable on a large scale (thanks to Google Stadia), and publishers have optimized their content offerings to reflect what gamers want (PlayStation Now recently adding newer and higher-profile content, for example).

Finally, our pessimistic scenario considers the possibility that cloud gaming fails to find a large audience). Under these circumstances, cloud gaming revenues will amount to $187 million in 2020 and $1.5 billion by 2023.

Early reports show that user numbers for some cloud gaming platforms have dropped since launch. This may be linked to the services' content strategies, rather than the technical aspects of cloud gaming. For example, Stadia struggled with a steady flow of content since its launch, while GeForce Now had licensing issues with publishers.

As we analyze further in the full report, though, cloud gaming's worldwide success is tied to the availability and adoption of 5G networks. Should the deployment of 5G be delayed, cloud gaming's growth options become more limited, and vice-versa-as reflected in all our revenue scenarios.

Who's Who ? Key Players in the Cloud Gaming Ecosystem

As hinted at above, the ecosystem of any transformative technology is inherently complex, and cloud gaming is no different. The interplay and value chain connecting the tech's key players involves everyone from cloud and Internet service providers to game publishers, hardware manufacturers, and even TV makers. 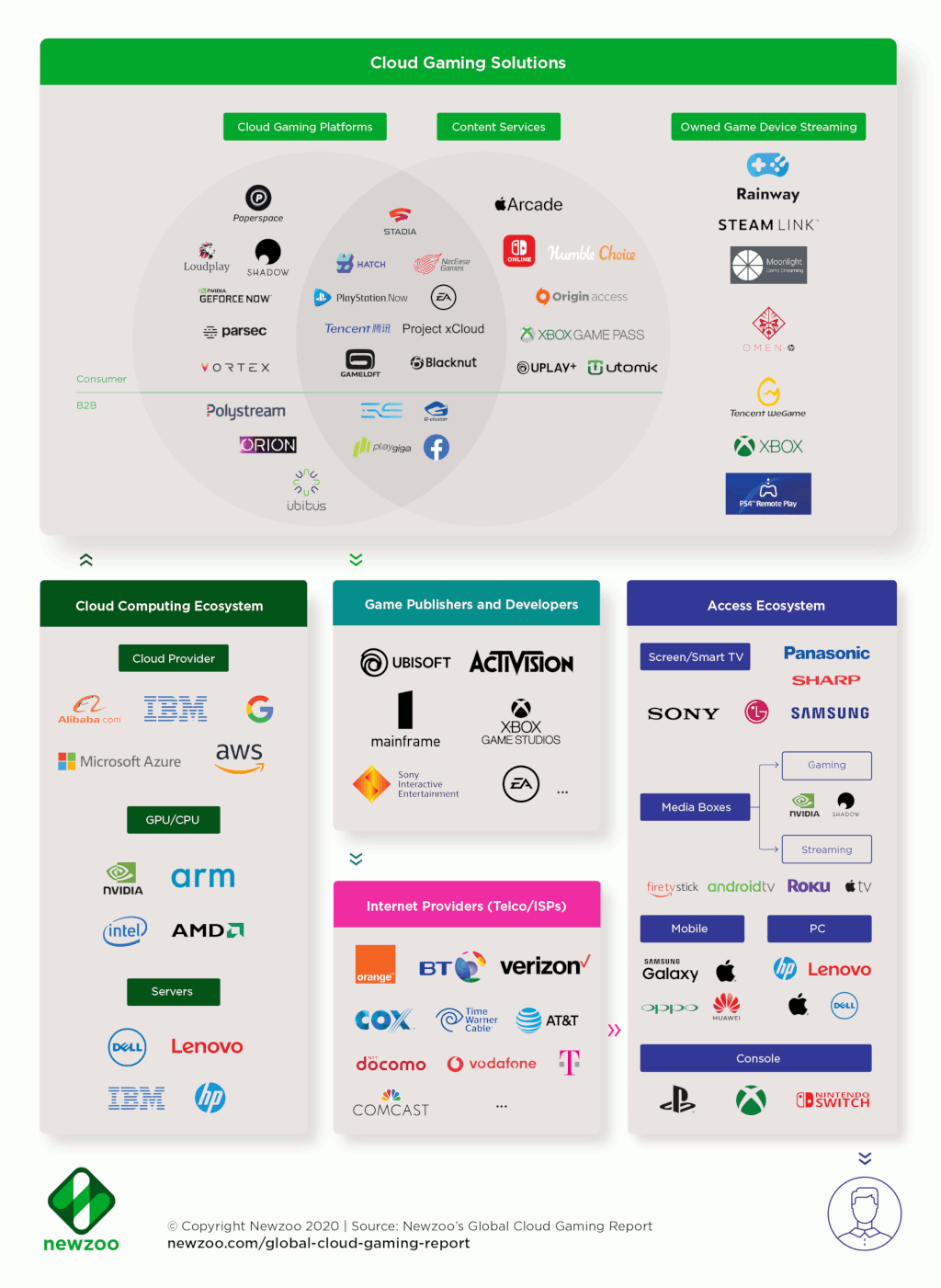 The ecosystem image above underlines just how intricate the cloud gaming ecosystem is. With companies striking new partnership deals on a weekly-if not, daily-basis, new stakeholders are consistently entering, meaning that the situation will likely become even more complex (at least in the short term).

In the end, cloud gaming remains on track to become an integral part of the games ecosystem this decade and in the decades to come. The best way to keep up to date with the market's movements, as well as their impacts on cloud gaming's revenues and reachable userbase ? Newzoo's Global Cloud Gaming Report-your panoramic guide to all things cloud gaming-related.